The weekend was super special for our family as our little girl just turned three! These were the highlights from her two parties.

Her school party was on Friday. I “partially” made the banner that you see there. Partially because the “Happy Birthday” sign was already made. I realized that cutting all those letters will entail hours of endless cutting so I opted to get one of those ready made banners from a P66 peso-everything store. I just made the “TALA” cut-outs and mounted the whole thing on two cartolinas. The party hats you already know from this post, was a DIY project. I added in a rainbow sticker which I’ve printed out from a free cupcake circle template that I’ve downloaded from Printabelle.com.

Husband slaved away in the kitchen to cook the pasta and fried chicken for the kiddos and teachers. He woke up at 3am just to finish everything. Before the party, we were all convincing him to just order from a fast food joint and have the food delivered. He refused to do so. He says he wanted to set an example that there is always a healthier option to approaching kiddie parties and that Jollibee shouldn’t always be the default kiddie party food. End of discussion.  Mr. PTA President has spoken.

Here are the “guests” of the party. 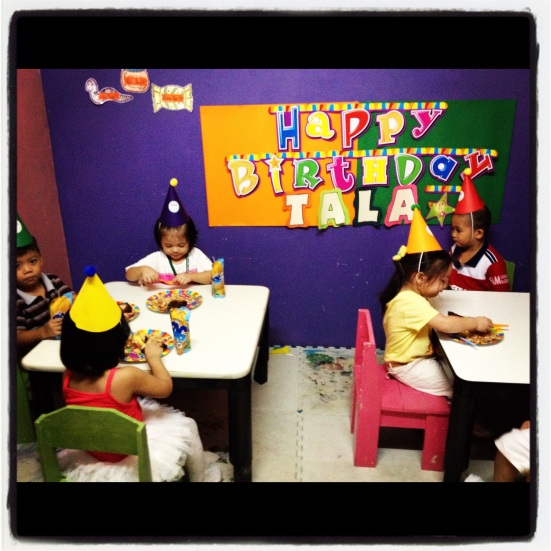 The night before, I bought one of those chocolate dedication cakes from Red Ribbon. Right before we stepped out the door, I decided to add in those rainbow inedible lollies. Washed some of Tala’s red popsicle sticks, made some cut-outs and voila! My little attempt to spruce up a simple cake so it’s still kind of tied in to the rainbow theme. 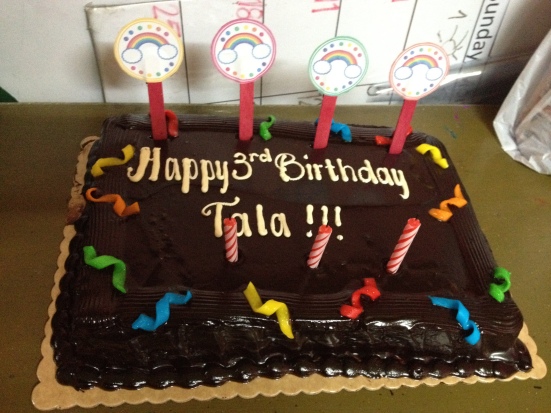 The little girl was super thrilled! This photo says it all. She kept shouting “it’s my birthday! it’s my birthday!”. At some point during her party, she decided to give an impromptu thank you speech where she thanked her daddy, me, her yaya, her uncle and everybody. Her teacher’s jaw dropped. It was hilarious. I wish I had taken a video. I was too stunned I guess. 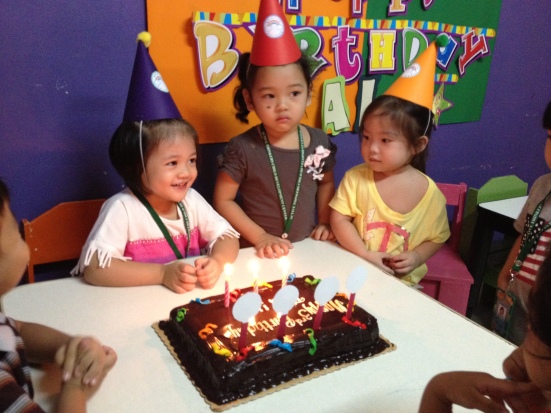 The party was done in 30 minutes. After the candles were blown, the kids had some cake and we distributed the loot bags. Easy-peasy! But since the husband was up so early he conked out on the sofa the minute we got home.

The next day was a bigger production. At 9am, we started setting things up while the husband assumed his usual role in the kitchen. Now you know why I don’t cook. Because I have a husband who hogs the kitchen and is such a perfectionist. I guess in that sense you can say I’m quite lucky. hehe.

See the re-used banner? It has assumed its role on the left wall. Would you believe me if I said that the only thing I’ve spent for this entire set up was just a little over P200? 🙂 That would have to be the balloons and the water-proof buntings that I got from Divisoria. The tents, tables and chairs, linens…these were all borrowed! Thank God I have a brother-in-law who has lots of very willing friends! 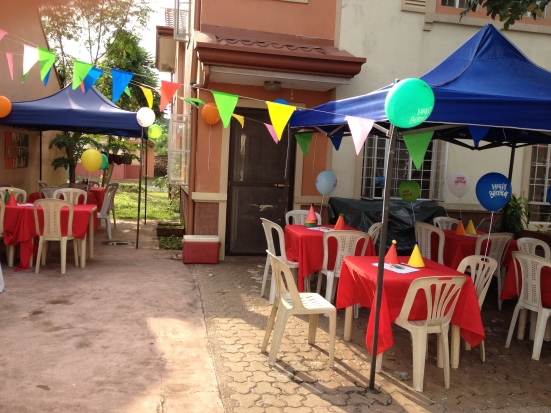 And here’s the little girl posing in her polka-dotted dress (Another find from Divisoria) and Sugar Kids pink ballet flats. 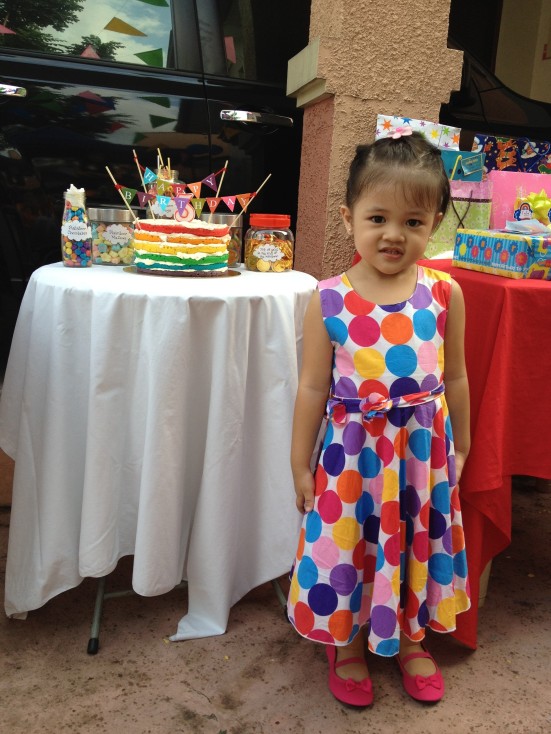 I set up a mini-bar of sweets and made those cloud tags. My husband noticed that my efforts were a little under-appreciated at first, so he put these on a tray and went around serving sweets to the kids. Needless to say, we had a lot of very hyper kids in the village that afternoon. LOL. 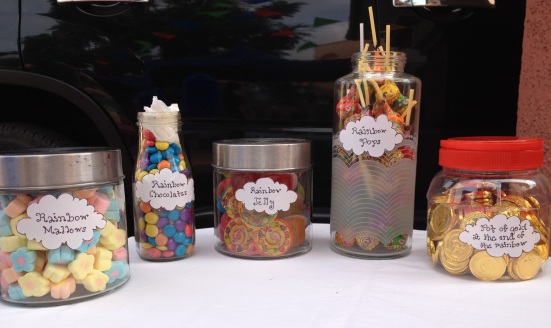 Got this cake from Food Serendipity. The moment I saw an ad on this cake in Sulit.ph, I instantly fell inlove with it. It’s such a charming colorful cake. 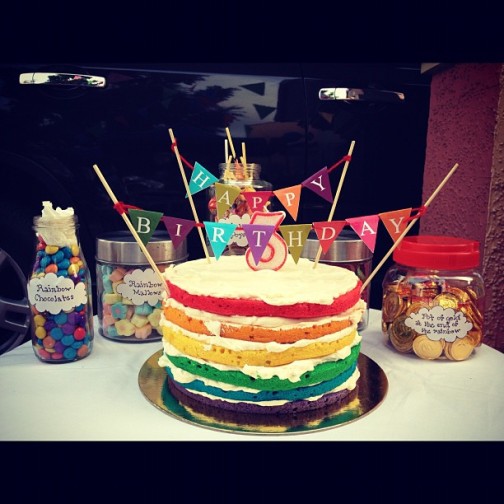 I ordered the cupcakes from the same baker too! 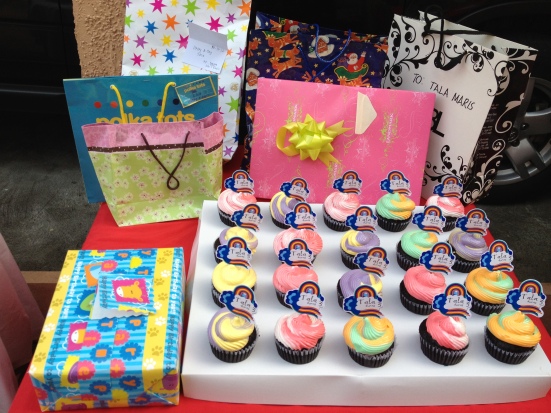 Pasta and chicken by the husband. Everything else was brought in by the in-laws. There was so much food I felt like we fed the entire neighborhood. 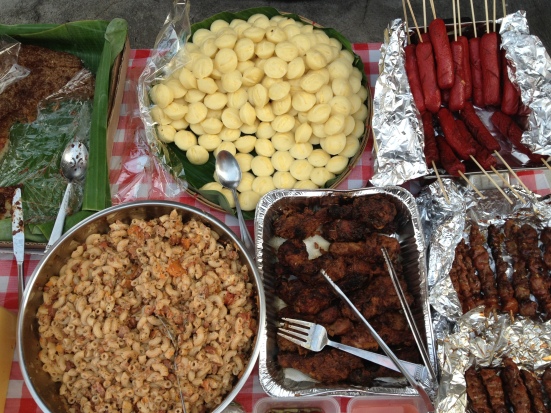 To keep the kids busy,  I provided coloring sheets and crayons per table. 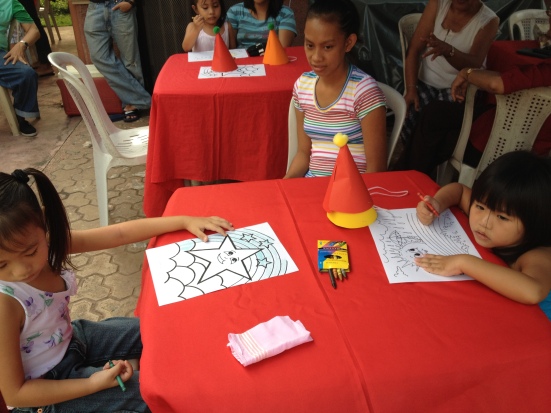 And we had two sets of pabitin. The bamboo pabitin was only P20 in Divisoria. For the prizes, I got reusable sandwich bags and stuffed each bag with goodies. 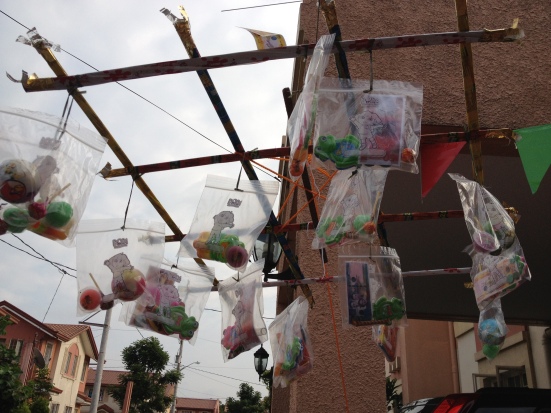 They got to take home these loot bags that I’ve been slaving for, for days. I opted for reusable brown bags. 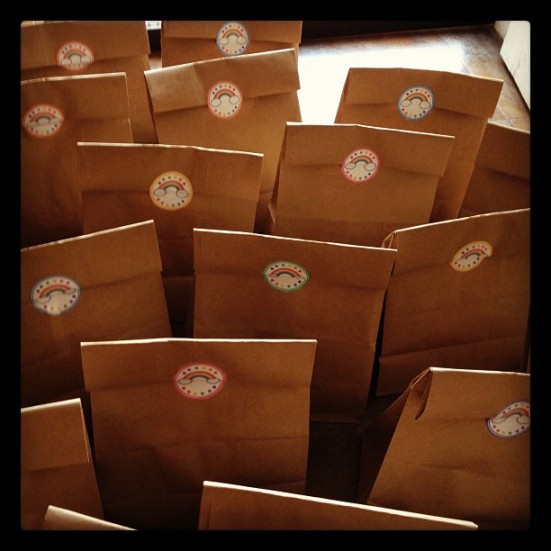 Of all the parties we’ve done, this year’s parties felt more special. For one thing, the little girl fully understands the concept of “birthday” and was just such a thrill to watch. She would squeal in delight at every detail. She even did this funny ballet-like routine to entertain her guests. I have no idea where she got that from.

I love the fact that we did almost everything. It was pure teamwork! I also loved that the party felt more relaxed and that it didn’t feel staged at all. For one thing, I didn’t feel obligated to doll myself up as I was just wearing my usual denim shorts, a shirt and flip-flops! It was fun! And we skipped the rounds of annoying children’s music and grooved to Bob Marley instead. hahaha. We are definitely going this route for future parties in the family. It’s more relaxed, charming, a whole lot cheaper and full of heart. 🙂

And what’s the best part about having a party? Left-over cake. Need I say more? 🙂 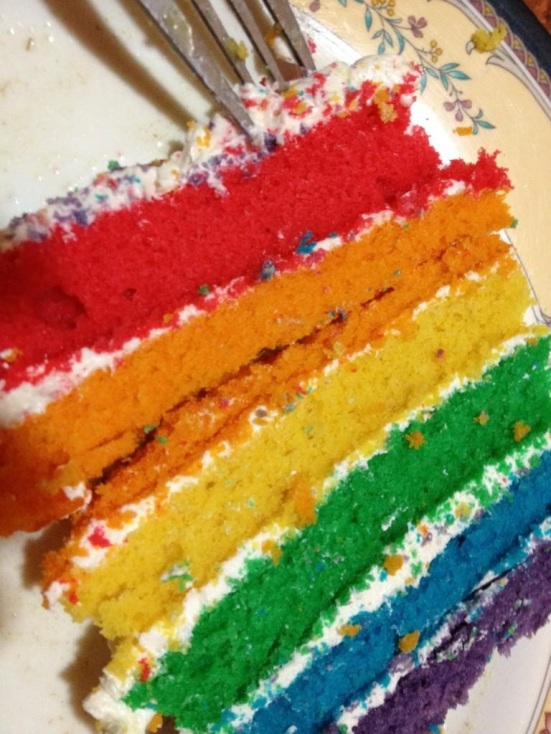 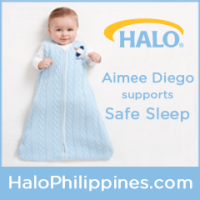